My dad, Marion Smith, Sr., affectionately by his grandchildren as “Poppa” and gre

at grandchildren as “Pop,” is the most amazing man I know. Dad is almost 80 years old and given his health history should be resigned to a sedentary life in a rocking chair. But not my dad! Thanks to God - and my mom, his loving companion of over 55 years, I can testify that he is much more physically active than this 55 year old. My mom had nursing experience in the early part of her career that has paid off with the health challenges that she and dad have encountered in the later years. Dad would be the first to tell you that she's been true to all her marriage vows and especially her devotion through his times of sickness.

My dad is a diabetic and has lived with a rare disease called myasthenia gravis for many years. This rare disease is characterized by chronic fatigue and muscular weakness. Furthermore, he was diagnosed with cancer several years ago during surgery but it was inoperable. He went through an extended period of chemotherapy and radiation before it went into remission. In addition, the doctors told him for a decade or more that his heart disease was too far advanced for surgery considering other health factors which greatly compounded the risks of survival. It was not until after he had suffered a heart attack that he was able to convince a young doctor to operate resulting in successful quintuple by-pass surgery a couple of years ago.

Carol and I were in Ackerman to visit with dad and mom a couple of weeks ago when he told us he was going to build a deck to the front of the house. He explained that he was trying to prepare for the day when they might need wheel chair access to their house. I mistakenly assumed that he would hire some local carpenters to construct the deck. When I called the names of local carpenters whom I thought would do a nice job he quietly said that he could not afford them. I knew that was not the case but I also understood the language of my mom’s glance. Her glance communicated to me that she had already waged all the arguments about why he should hire someone to build the deck. But it was all for naught.

That was two weeks ago. The deck is now completed after the eight to ten hour days of labor. These past two weeks have included many days registering sub-freezing temperatures. Some of those days never reached above freezing but that didn’t deter my dad.

Check out the pictures below of the beautiful deck this almost 80 year-old man built in two wintry weeks. If his faith and work inspires you, send Poppa Smith an email at popsmith@dtcweb.net. His website - www.poppascountry.com - is a work in progress.

That’s my dad! He’s much more of a man than I will ever be.

Keep it up dad. You inspire and challenge me to face life with faith in God and a resolve to finish strong. 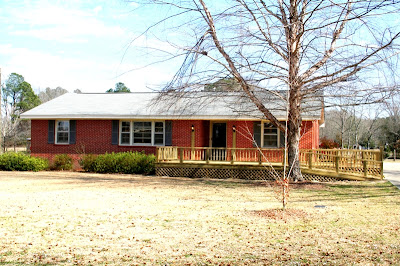 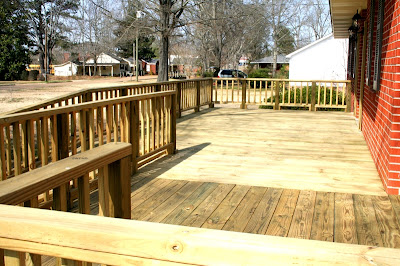 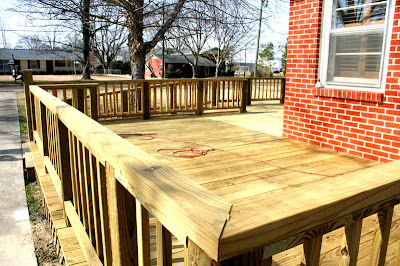 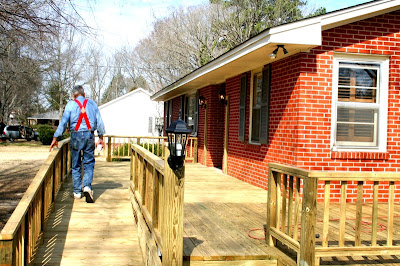 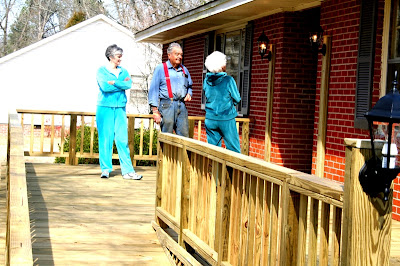 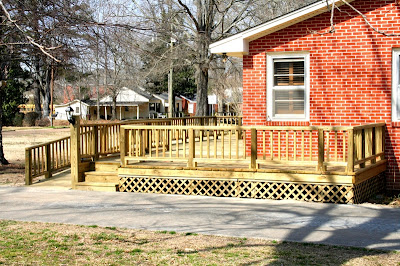 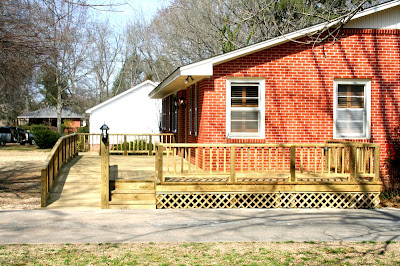 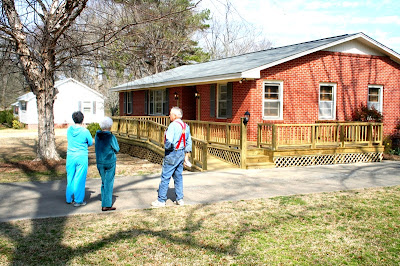 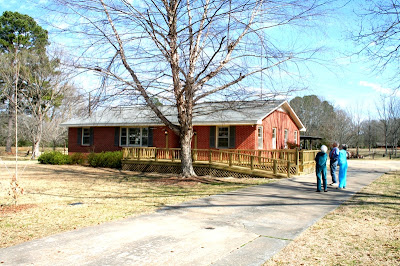 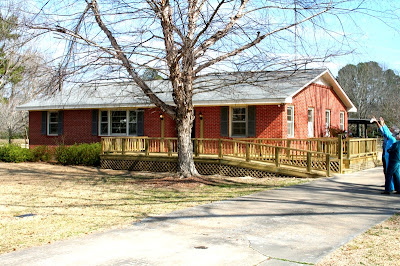 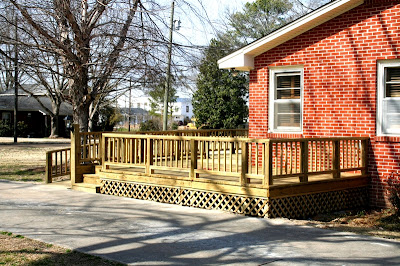