Casey Joe at the Bat!

ThatsMyKing
Uploaded by alexsipes
Dr. Shadrach Meshach (S.M.) Lockridge (March 7, 1913 – April 4, 2000) was the Pastor of Calvary Baptist Church, a prominent African-American congregation located in San Diego, California, from 1953 to 1993. He was known for his preaching across the United States and around the world.

Shadrach Meshach Lockridge was born March 7, 1913, in Robertson County, Texas, the oldest of eight children and the son of a Baptist minister. A graduate of Bishop College in Marshall, Texas, he worked for two years as a high school English teacher. In 1940 in Dallas, he felt led to preach. In 1941 he married Virgil Mae Thomas but they never had any children.

During Dr. Lockridge's tenure at Calvary Baptist, a predominantly African-American congregation, his ministry touched the lives of more than 100,000 people. He preached at crusades, revivals, religious rallies and evangelistic conferences around the world.

He held doctorates and numerous honorary degrees and was often sought as a public speaker, even after he retired in 1993. He served as guest lecturer at numerous schools and universities and on the faculty of several others, including the Billy Graham School of Evangelism.

His best-known message is a six and a half minute description of Jesus Christ, known as "That's my King!" for Lockridge's repeated refrain.
Posted by Buddy Smith at Monday, April 13, 2009 1 comment:

The four gospels do not tell us much about what happened on the Saturday between Good Friday and Easter Sunday. We know that after Jesus died, the disciples stayed behind locked doors for fear of the Jewish leaders (John 20:19). Their fear was well-founded because on that Saturday, the chief priests and the Pharisees met with Pilate and asked him to order the tomb sealed to prevent the disciples from stealing Jesus’ body (Matthew 27:62-66). After the resurrection, those same religious leaders would bribe the guards so they would spread the rumor that the disciples had indeed stolen Jesus’ body from the tomb (Matthew 28:11-15). In a bizarre twist, Jesus’ opponents had a greater belief in his resurrection than his disciples. The only other detail we know about Saturday is that because it was the Sabbath, the women who were with Jesus at the cross rested according to the commandment (Luke 23:56).

In the various Christian traditions this day goes by several names: Holy Saturday, Great Saturday, Easter Eve, and Silent Saturday. There are not many liturgical practices associated with this day. It is meant for rest and reflection because on this day Jesus “rested” in the tomb. Often this day is used to prepare food for the great Easter celebration that comes on Sunday. Some churches celebrate the Easter Vigil that begins after sundown on Saturday night.

It is a long day, this Silent Saturday. In many ways it represents life as it is for all of us. Though we like to say that we live on the other side of Easter, and that of course is true in the ultimate sense, it is also true that we live somewhere between Good Friday and Easter Sunday. The crucifixion is behind us, but death is still with us and the final victory lies somewhere in the future. Every funeral reminds us that “the final enemy that will be destroyed is death” (1 Corinthians 15:26). Death was defeated by Jesus, but it has not yet been destroyed. That happy day is still in front of us.

The message of Holy Saturday is, “Get ready. Something is about to happen. But it hasn’t happened yet.” Thank God, we’re not moving back toward the crucifixion. It may be Saturday but we’re moving toward Easter. Sunday’s coming. All we’ve got to do is hold on a little while longer and Sunday will soon be here.

Keep the faith, brothers and sisters. Yesterday our Lord was crucified. Today his body lies in the tomb. Tomorrow he rises from the dead. Saturday can seem like a long day–and it is–but be of good cheer. The crucifixion is behind us, Saturday will not last forever. Sooner than we think, Sunday will be here. As one writer put it, when Jesus walked out of the tomb, all his people came out with him.

We are Easter people marching from Good Friday through Holy Saturday on our way to Easter Sunday. We’re not quite there but we’re moving in the right direction.

It’s Saturday, but Sunday’s coming. Let that thought give strength to your heart today.

O Lord, waiting is so hard. And waiting is what this day is all about. Grant us faith while we wait so that we will be not lose heart but will be ready to rejoice when Sunday finally comes. Amen.
Posted by Buddy Smith at Saturday, April 11, 2009 No comments: 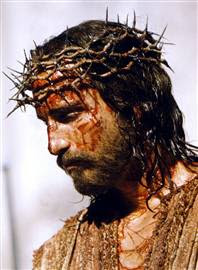 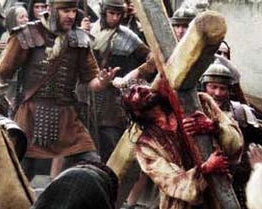 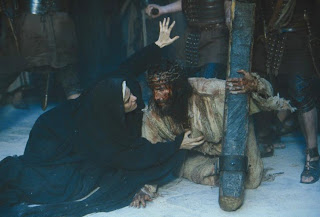