This wonderful pro-life commercial was supposed to run during the Super Bowl on Sunday. NBC television has rejected a pro-life advertisement which Catholicvote.org bought for a slot in the Super Bowl because the ad contains a pro-life message. The 30-second ad features ultrasound pictures from a baby in its mother’s womb. After first accepting it, NBC apparently changed its collective mind, saying it wasn't going to run advocacy ads during the big game.

Brian Burch, President of Fidelis, a Chicago-based Catholic organization responsible for the commercial, says that NBC initially responded positively and he was raising money to pay for it. Watch the commercial below, and imagine the impact it could have had on the millions who watch the Super Bowl.

There is nothing either graphic or political about the 30-second ad and the word abortion is not even used. In fact, no words are spoken, only graphics that appear on-screen. Yet, the message is extremely powerful. You can view the ad here.

Call NBC Entertainment at 818-840-4444. Tell the operator that you want to urge NBC to reconsider airing the Super Bowl ad produced by Catholicvote.org. Although the ad makes a valid life-affirming statement in a powerful way, it is neither offensive or contentious.
Posted by Buddy Smith at Friday, January 30, 2009 No comments: 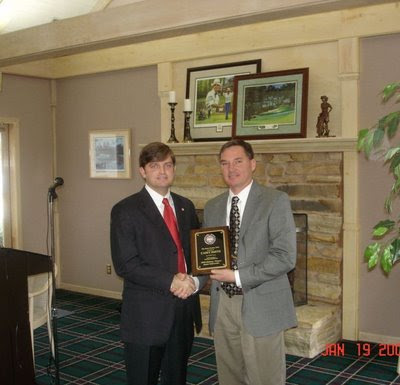 The above photo is Casey Smith receiving the award for "Junior Leader of the Year" and is presented from the Alabama Chapter of the Dixie Section PGA. The plaque reads:

The Dixie Section PGA
presents to
Casey Smith
in recognition of being awarded the
2008 Alabama Chapter Junior Golf Leader
Casey was nominated by one of his peers and was selected by the Special Awards Committee of the Dixie Section PGA. His employer at Farmlinks congratulated Casey for all his hard work with the First Tee of Pursell Farms and for his impact on junior golf.

Casey Smith earned the status of PGA Golf Professional in November of 2006. Celebrating its 90th anniversary, The Professional Golfers Association (PGA) of America was founded in 1916, and is a not-for-profit organization that promotes the game of golf while continuing to enhance the standards of the profession. The Association is comprised of more than 28,000 men and women PGA Professionals who are dedicated to growing participation in the game of golf.

Casey is Head Golf Professional at Farmlinks Golf Club near Sylacauga, Alabama. You can send Casey a congratulations by e-mail at the following address csmith@farmlinks.org.
Posted by Buddy Smith at Wednesday, January 21, 2009 No comments:

This is amazing and you'll be glad you watched it. It's worth a second viewing even if you've seen it before----a great Christian witness.

His name is Nick Vujicic and he's 25 years old. He was born without arms or legs and given no medical reason for this condition. Faced with countless challenges and obstacles, God has given him the strength to surmount what others might call impossible. Along with that, the Lord has placed within him an unquenchable passion to share this same hope and genuine love that he's personally experienced with more than two million people all over the globe. Traveling extensively to over 19 nations, he's been extremely humbled by the continuous opportunities that the Lord has given him to share his testimony along with the hope that he has in Jesus with people in so many nations and situations. His greatest joy in this life is to introduce Jesus to those he meets and tell them of His great desire to get to know them personally by allowing Him to become their Lord and Savior. For more information, visit - http://www.lifewithoutlimbs.org 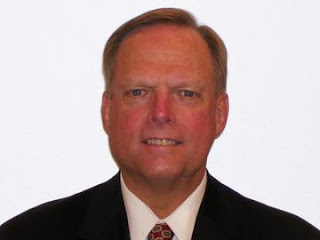 Friends may call the Ford Funeral Home, Ford Chapel, 201 Columbia Street, Fairmont, on Saturday, January 3, 2009 from 6-9 PM and on Sunday, January 4, 2009 from 12-4, 6-9. Visitation will continue on Monday, January 5, 2009 from 10:00-11:00 A.M at the Everlasting Covenant Church, 17 Everlasting Drive, Fairmont (near Mom‘s Restaurant). Funeral services will be held at the Everlasting Covenant Church on Monday, January 5, 2009 at 11:00 A.M. with the PrayWV Servant Leadership Team officiating. Interment will follow at the Mt. Zion Cemetery and Mausoleum in Fairmont. Online condolences may be at www.fordfuneralhomes.com.
Posted by Buddy Smith at Saturday, January 03, 2009 No comments:

One thing I do: Forgetting what is behind and straining toward what is ahead, I press on toward the goal to win the prize for which God has called me heavenward in Christ Jesus. Philippians 3:13-14, NIV

Every day we depend on the memory of things we have learned about in the past. Without memory none of us could ever function. We would constantly be asking the same people what their name is, but then we wouldn't be able to remember our own name either! And we would be permanently lost, not knowing where places are - and we could never go out, because we would never be able to remember where we lived in order to get back home! Life would be totally chaotic. It doesn't take much thought to realize that memory is one of the most important facets of our God-created humanity. We cannot, literally, forget what lies in the past for, if we did, life would become intolerable.

So, in this very important Scripture, Paul cannot be telling us to forget the past by wiping our brain clean of its memories. But he is telling us not to so dwell on the events of the past, that we fail to live in the present and we miss God's best for our future.

But what would happen if all believers approached the New Year with a different question and asked God what were His plans for them? And then we spent some time with God waiting on Him so that we could listen to His still small voice? We would then have fresh vision for the year ahead - and if it is vision from Him then we wouldn't run out of soulish energy in no time at all, but we would discover His sustaining power, enabling us to press on toward the goal He has put before us.

For Paul, his days on earth were coming to an end, but even in those conditions he wanted to make the most of whatever time he had left, so that he would not be found wanting when His call heavenward finally came. What an encouragement Paul is to us to redeem all the years that are to come, not dwelling on what has been (in the past) but rejoicing in what is to come, knowing that what He envisions, He will also enable!

Prayer: Lord, above all, I need to hear your voice leading me into the year ahead. With all my heart I choose to follow and serve you and press on towards the goal you have put before me. In Jesus' name, Amen.

Peter Horrobin is the Founder and International Director of Ellel Ministries. His cutting edge teaching and compassion for the hurting have been at the heart of Ellel's ministry throughout its 22 years of development. He is the author of numerous books, most notably Healing Through Deliverance.
Posted by Buddy Smith at Friday, January 02, 2009 No comments:

Thirty One Questions: To Make 2009 Life-Changing for You and Me

The first day of a new year is a good time to stop, reflect, refocus and consider where we are going. The question for today is not, “Where are you going?” but rather, “Where will you be when you get there?” This morning all of us are taking the first steps on a 365-day journey. Where will you be when you arrive at December 31? What will you do with the gift of a new beginning that God has given you? In order to help us think about this in a practical way, Don Whitney has put together 31 questions. There are 10 basic questions and then 21 more–one for each day of the month.

If you are married, I urge you to discuss these questions with your spouse. If you are in a small group, take your first session this year to go over these questions. Thinking through these questions together will help make 2009 truly life-changing for you.
In addition to these ten questions, here are twenty-one more to help you “Consider your ways.” Think on the entire list at one sitting, or answer one question each day for a month.