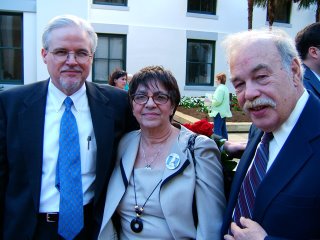 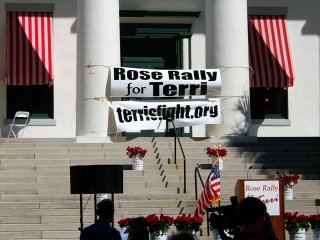 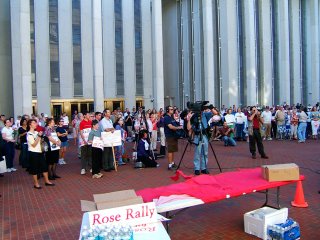 While the authors of the study warn against drawing conclusions about all PVS patients from their study of a single patient, they agree that the patient’s responses could force the use of new techniques to measure the brain activity of patients thought to have irreversible brain damage. Study author Adrian M. Owen, who led the Cambridge team of neurologists that reported the findings, told the New York Times the conclusions were “stunning.”
Posted by Buddy Smith at Sunday, September 17, 2006 No comments:

A couple of weeks ago I got a little bad news as the result of major physical exam. The doctor says something like my bad cholesterol is good and my good is bad. I don’t fully understand it all but he did explain that I should have it checked again in 3 months to see if loosing 20 pounds and adding more exercise to my daily regimen would help my numbers. If not, he says that I will need to start taking medication for it. The doctor had me thinking about the need to shed some of these extra pounds when I learned of a friendly weight loss competition at my workplace. It is now reported that fifteen of us have paid $10.00 each with the biggest loser taking the pot on October 31. It’s been almost a week since we started and I have a pretty good start with -5.

I noticed a cute little poem in Paul Heil’s The Gospel Greats newsletter a few days ago titled, “A Dieter’s Prayer. "

Lord, grant me the strength that I may not fall
Into the clutches of cholesterol.
At polyunsaturates, I'll never mutter,
For the road to Hell is paved with butter.
And cake is cursed and cream is awful
And Satan is hiding in every waffle.
Beelzebub is a chocolate drop
And Lucifer is a lollipop.
Teach me the evils of hollandaise,
Of pasta and globs of mayonnaise.
And crisp fried chicken from the South -- Lord, if you love me, shut my mouth.
Posted by Buddy Smith at Thursday, September 14, 2006 No comments: