I purchased this 2006 Yamaha Royal Star Venture new in September of 2006 from Abernathy's in Union City, Tennessee.


This 2006 Royal Star Venture is simply a maximum touring motorcycle, with everything the serious cross-country rider needs, including electronic cruise control, air-assisted suspension, four-speaker sound, plenty of storage and a liquid-cooled V-four engine. The 2006 Venture retailed for $16,799-$17,299 depending on options. E-mail or call Buddy at 662-397-5634 for a price.

Here is a thorough review of this excellent motorcycle. Watch a Photo Slide Show of the 2006 Royal Star Venture from USRiderNews.

Posted by Buddy Smith at Wednesday, December 26, 2007 No comments:

Mary Did You Know

It's Still The Greatest Story Every Told

Posted by Buddy Smith at Wednesday, December 19, 2007 No comments:

Click Here to read 'Til Death Us Do Part

Posted by Buddy Smith at Tuesday, December 18, 2007 No comments: 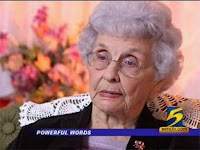 If you have any information, call Dyer County CrimeStoppers at (731) 285-TIPS.
Posted by Buddy Smith at Saturday, December 08, 2007 No comments: