Posted by Buddy Smith at Wednesday, February 18, 2009 No comments:

Posted by Buddy Smith at Saturday, February 14, 2009 No comments: 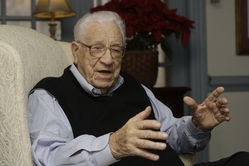 Posted by Buddy Smith at Wednesday, February 04, 2009 No comments:

Posted by Buddy Smith at Tuesday, February 03, 2009 No comments:

If your heart needs some encouragement, check out this YouTube video of David Phelps singing “No More Night.”