The Smith's and Fowler's had a wonderful time Memorial Day at Nana Mary & Papa Joe's place on Smith Lake, Alabama.

Only two defining forces have ever offered to die for you,
Jesus Christ and the American G.I.
One died for your soul;
the other for your freedom.

Memorial Day is a federal holiday that is observed on the last Monday of May. It was formerly known as Decoration Day. This holiday commemorates men and women who have died in military service to their country. It began first to honor Union soldiers who died during the American Civil War. After World War I, it expanded to include those who died in any war or military action. Read more about Memorial Day here.

Here are some recent family pictures. 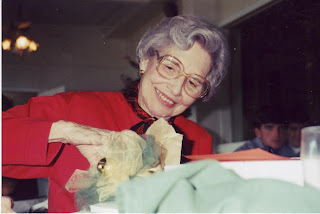 
On Mother’s Day 2007, Carol and I wish to thank God for the godly influence of our mother’s upon our lives. It has been said that no other forced in the life of a child is as strong as influence as is his mother. Down through the centuries, the mother has been a stabilizing factor in the shaping of history. “The future destiny of the child,” said Napoleon “is always the work of a mother.”

Those of you whose mothers have died will appreciate this poem entitled “A White Carnation” – To a mothers love I witness bear, by this fragrant flower I proudly wear. Tis snowy white to some who see, but it’s a brilliant red to me. Although her lips I cannot kiss, I feel her presence. Though I miss her loving touch, her tender care, she’s always with me everywhere.” 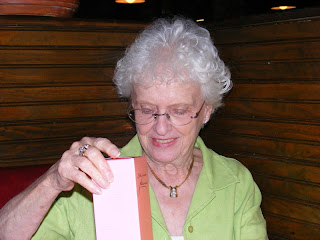 Of all the earthly things God gives,
There’s one above all others:
It is the precious, priceless gift
Of loving Christian mothers. —Anon.

"When the good Lord was creating mothers he was into his sixth day of overtime, when an angel appeared and said, 'You're doing a lot of fiddling' around on this one' and the Lord said, 'Have you read the specs on this order? She has to be completely washable but not plastic; have 180 movable parts, all replaceable; run on black coffee and left-overs; have a lap that disappears when she stands up; a kiss that can cure anything from a broken leg to a disappointed love affair; and six pairs of hands.'

"'Lord,' said the angel, 'come on to bed. You can work on it more tomorrow.' 'I can't,' said the Lord. 'I'm so close to creating something so close to myself. Already I have fixed her so that she can heal herself when she is sick, can feed a family of six on one pound of hamburger, and can get a 9-year-old to stand under a shower.' The angel circled the model of the mother very slowly. 'It's too soft,' said the angel. 'But it's tough,' said the Lord excitedly. 'You cannot imagine what this mother can do or endure.' 'Can it think?' asked the angel. 'Not only think; it can reason and compromise, said the Creator. Finally the angel bent over and ran her finger across the cheek. 'There's a leak,' she pronounced. 'I told you that you were trying to put too much into this model.' 'It's not a leak,' said the Lord. 'It's a tear.' 'What's it for?' asked the angel. 'It's for joy, sadness, disappointment, pain, loneliness, and pride.' 'You are a genius,' said the angel. The Lord looked somber and replied, 'but I didn't put it there.'"

God bless my mother; ... all I am I owe to her. -Abraham Linclon

Our grandson number one - Casey Joe Fowler - sings with his pre-school class at Calvary Baptist Church of Tupelo, Mississippi.