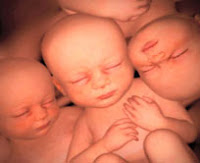 SUMMARY: Results confirm that most people do not realize the widespread impact of abortion ruling.


Jan. 22 marks the 35th anniversary of Roe v. Wade and Doe v. — the two U.S. Supreme Court rulings that legalized abortion. But, how much do Americans know about the landmark decisions that have been responsible for the deaths of more than 45 million preborn babies?

To find out the answer, Focus on the Family, the Alliance Defense Fund and Concerned Women for America (CWA) teamed up to create the online Roe IQ Test.

More than 40,000 people took the quiz. And the results? Americans have a lot to learn — the average score was a 59 percent, the equivalent of an F.

Carrie Gordon Earll, senior bioethics analyst for Focus on the Family Action, said the results confirm that Americans do not realize the widespread impact of Roe and Doe.

“Americans do not understand that according to these two rulings, abortion is legal for virtually any reason at any point during the pregnancy, including for teenagers without parental involvement — unless a state has passed a law to the contrary,” she said. “So when you hear pro-abortion groups claim that Americans support Roe, don't believe it. Americans don't know Roe, and how can you support what you don't understand?"

Matt Barber, policy director for cultural issues at CWA, said the test results show just how effective the propaganda is from the pro-abortion industry and the mainstream media.

Take the Roe IQ test, study the answers and pass the information along to friends and family.