Scenes from the Values Voter Debate in Fort Lauderdale

I received the key to the city on behalf of AFA Chairman Don Wildmon from Ft. Lauderdale Mayor Jim Naugle. 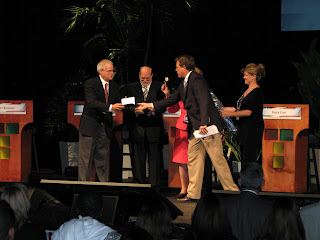 Key to the city of Fort Lauderale 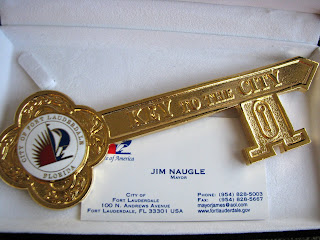 Questioning the presidential hopefuls. Click here to read the questions. 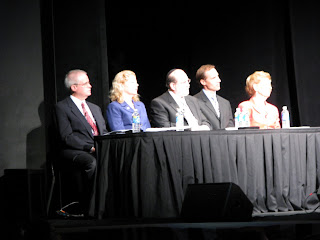 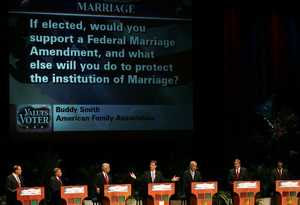 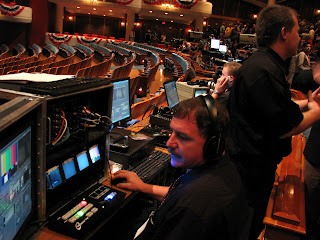 From Press Reports
Video From The Sun-Sentinel.com

Some of the Republican presidential candidates who took part in last night's "Values Voter" presidential debate in Fort Lauderdale, Florida, spoke candidly about when they accepted Jesus Christ as their personal Savior.

Former Arkansas Governor Mike Huckabee said last night's debate was unlike any other he'd ever participated in, noting he could never envision MSNBC commentator Chris Matthews opening a debate with a prayer.

Huckabee told the 2,000-plus audience members that he became a born-again Christian at the age of 10 while attending vacation Bible school at a small Baptist church in Hope, Arkansas. "And on that day [I] trusted Jesus Christ as my Savior -- it was life-changing," he said.

The former governor shared that he holds things in perspective, including his run for the White House. "Sometimes people ask me what's the greatest thing that ever happened to me, and they expect me to say being elected governor or running for president," stated Huckabee. "But the truth is, those are jobs that somebody else had before me, somebody else is going to have after me -- and those jobs have a limit.

"But the greatest thing that ever happened to me was coming to know Jesus Christ, because there is no limit, there are no terms set, and it's a position that I'll hold forever and forever."

Illinois businessman John Cox said he was "reborn in Christ" in 1979 when a Christian man ministered to him on a commuter train in Chicago. Meanwhile, Congressman Duncan Hunter (R-California) joked that he has never belonged to an organized denomination -- he's a Baptist.
Posted by Buddy Smith at Tuesday, September 18, 2007